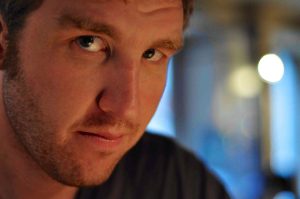 Michael Molkentin researches the history of armed conflict, especially where it concerns Australia and the other British settler societies. He is particularly interested in aviation and air power.

Besides a number of articles, Michael is the author of four books. Allen & Unwin published Michael’s first book, Fire in the Sky: the Australian Flying Corps in the First World War in 2010; it was highly commended for the Fellowship of Australian Writers Sid Harta Literature Award for Non-fiction and is currently in its second edition. His second book, Flying the Southern Cross: Aviators Charles Ulm and Charles Kingsford Smith was published by the National Library of Australia in 2012 and has also been reprinted. In 2014 Oxford University Press published Michael’s doctoral thesis as Australia and the War in the Air. It expands considerably on his work in Fire in the Sky by examining Australia’s role in the First World War in the air from the political, strategic and operational perspectives.

Michael’s latest book is Anzac and Aviator (Allen & Unwin), a biography of the notable Australian aviator Sir Ross Smith, who led the first crew to fly from England to Australia. The book features a foreword by retired NASA astronaut Dr Andy Thomas and has been critically acclaimed in reviews, such as here and here.